10 Awesome Things To Do In Kathmandu

Mountains, yes, they are beautiful, majestic and imposing. And yes, Nepal is the only country where you can take a huge leap towards the adventurous journey to peep through the roof of the world and see how heaven really looks and feels like. And again, there are several natural beauties to observe besides historical and religious monuments that will take you beyond era, class, and dimensions.

And such a hidden gem is Kathmandu valley. Usually seen as the transit point from the arrival of the external tourist and preparation platform for the adventure seekers, Kathmandu has long been absolutely forgotten of its true beauty and value.

Kathmandu valley is small Nepal in Nepal. You will find some many awesome kinds of stuff to do in Kathmandu apart from just making it the transfer hub to enter and depart Nepal and visiting other great places around the country.

Kathmandu valley is comprised of several cities. Kathmandu city also is known as Kantipur Nagari or Kantipur is one of the cities in the valley along Patan, Bhaktapur and several other small towns like Kirtipur, Khokana, Budhanilkantha etc.

Here are some major things about Kathmandu or things you can do while in Kathmandu: 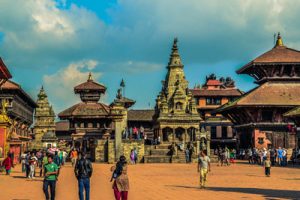 World Heritage Sites, everybody!
Well, the most popular and sparingly used term at the arrival of the tourists is the tour of UNESCO enlisted World Heritage sites in whole day sight-seeing package in Kathmandu valley. The tour includes visits to three historic palaces in Kathmandu city- Hanuman Dhoka Durbar, Patan- Lalitpur Durbar and Bhaktapur- 55 Windows Durbar. Some of the carvings, statues and monuments date back in the third century. These sites are full of numerous temples and shrines of different shapes and sizes established and constructed in different time or era, creating a vast living museum around the valley. Following the earthquake in 2015, the valley is recouping its glory and beauty. It is safe to visit the sites now and opened for the tourist. You can share hands and take part in further rebuilding process by visiting, creating inspiring stories of your visits and spreading them into the wide audiences. 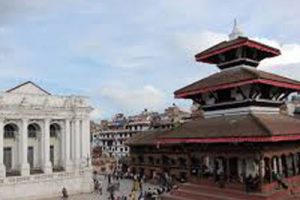 Walk through winding Alleys:
The inner old cities are the true hidden gems of cities in Kathmandu valley. Along with the mainstream must-see heritage sites, you can always walk through the spine of the city to see a different world kept intact within its womb. In Kathmandu city, one mark either Basantapur near Hanuman Dhoka palace, or Thamel, popular tourist area as the starting point at taking a stroll around the areas of Chhetrapati, Naradevi, Maru, Jaisidewal, Lagan, Ombahal, Basantapur, Indrachowk, Ason, Shree Gha, and to Thamel. In Patan, you have numerous bahals and shrines and in Bhaktapur, you can wander through the alleys running through the city like veins. Each alley has its unique names and legends to tell – all we need is the patience to listen to them and be amazed. 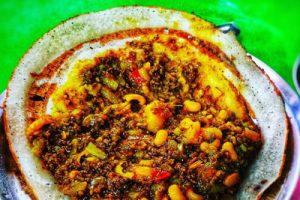 Newari and other local cuisines:
Off the main attractions, you can take food tour at any time through the alleys of Kathmandu. You can always enjoy three different food types– usual hotel menus that include food from different nationalities, a typical Nepali local food that includes Daal bhat, momos, and other local stuff and rare Newari cuisines usually include varieties of chataamari, baras, that are adjustable to any dietary needs, veg/non-veg. These food stops are mostly run by local families established near their homes and are available just around the corners ready to feed you. 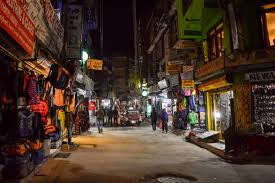 Take a tour of Old Thamel
Before Thamel, Jho: Chhen or commonly known as Freak Street among the tourist was the tourist hub in Kathmandu. The street is located in the south of the Basantapur square. It was once crowded with hippies in ’60s till the late wake of ’80s. Still, today, walking through this street you can feel the colorful trance vibes of yesteryears. The area has different conventional businesses of trekking and tourism. You can also carve tattoos or observe the art from the talented artists performing in different tattoos shops in Jho:Chhen. 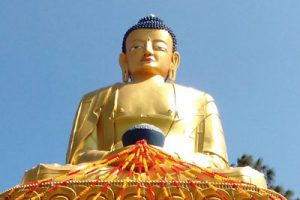 Bird’s eye view from Swayambhu
The view of Kathmandu city from Swayambhu is one to go for. Unlike the views from the afar hill stations or from the rooftop, you can have a clear and up-close look at the city. Away from the ruckus of the city but still being in it, you can also click some wonderful landscapes.
The most famous Buddhist shrine in Nepal, Swayambhu is some 15 century old, located at the hilltop in a northwest to the center of Kathmandu City. Swayambhunath is the perfect example of balance in religions between Buddhist and Hinduism in Nepal as the shrine itself being the center for Buddhist followers on top of the hill with Harati Temple at the west of the shrine popular among the Hindus. The temple of Lord Saraswati is regularly visited and worshipped by both followers – you will be amazed to see and baffled to understand that the same statue of Hindu goddess Saraswati is worshipped as Lord Manjushree by the Buddhists but with due respect to the other. 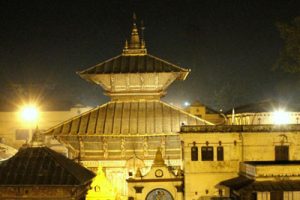 Spiritual walks in Pashupatinath temple area
Thousands of visitors take a tour to Pashupatinath temple, just to visit the cremation site for close observation of the beginning of spiritual journey and end of a temporary physical vessel. Every corpse is cremated with intense Hindu rituals at the hours around 7 to 10 am every day. For some, the sight is quite uneasy seeing the family members of the deceased mourning the loss while for some it gives the sense that bodily suffering of one has just ended and the soul.

This sacred Hindu temple is situated on the banks of the Bagmati River. Pashupatinath is believed to be the reincarnation of Lord Shiva as the Lord of all animals. Every year millions of Hindu devotees are drawn to the temple. Probably one of the most ecstatic scenes is the diverse mobs of stripped Sadhus or Yogis, you will see on the Shivaratri which falls in the mid of March every year.

5 Best Foods To Try In Kathmandu